Here’s What Netflix Have In Stores For Creative Geniuses.

Here’s What NetFlix Have In Stores For Creatives.

Here’s What Netflix Have In Store For Us Creative Geniuses.

Getting into a pair of comfortable pyjamas, sipping a cup of coffee, and diving deep into a screen that is what has been the story of this year 2020 so far. And this is for most of us. I have been way too religious when it came to watching Netflix.

Not getting out of bed before finishing a season. . .

Comfortable pyjamas and coffee wasn’t my biggest concern though. My biggest concern was to find a charging cable long enough for me to take my cell-phone, or my MacBook wherever I was in the house.

Thankfully I didn’t find cable that long, and thanks to Netflix for keeping me so busy, that I forgot the thought of going out to look for it too. But I did discover something valuable, that was trying to hide from me for a while, but eventually were left exposed.

What was it ? Any Guesses ?

I found shows, serieses and documentaries that were so important for me to watch them. They didn’t just help me get pass through the tough time because of the situation that we are all in. But it did help me learn few things, and put them to use too.

Now I can say proudly that I didn’t waste my time pretending to be working from home. I used my time well and gained plenty of things.

I know I know you are already in your pyjamas and waiting for me to tell you what are those shows. But hold your horses. First you must do something about that coffee which goes pretty well with this kind of shows. They will certainly make you feel home.

Is your coffee ready? Then let’s unfold these mystery of shows, serieses and documentaries that are about to enhance your knowledge quotient. . . 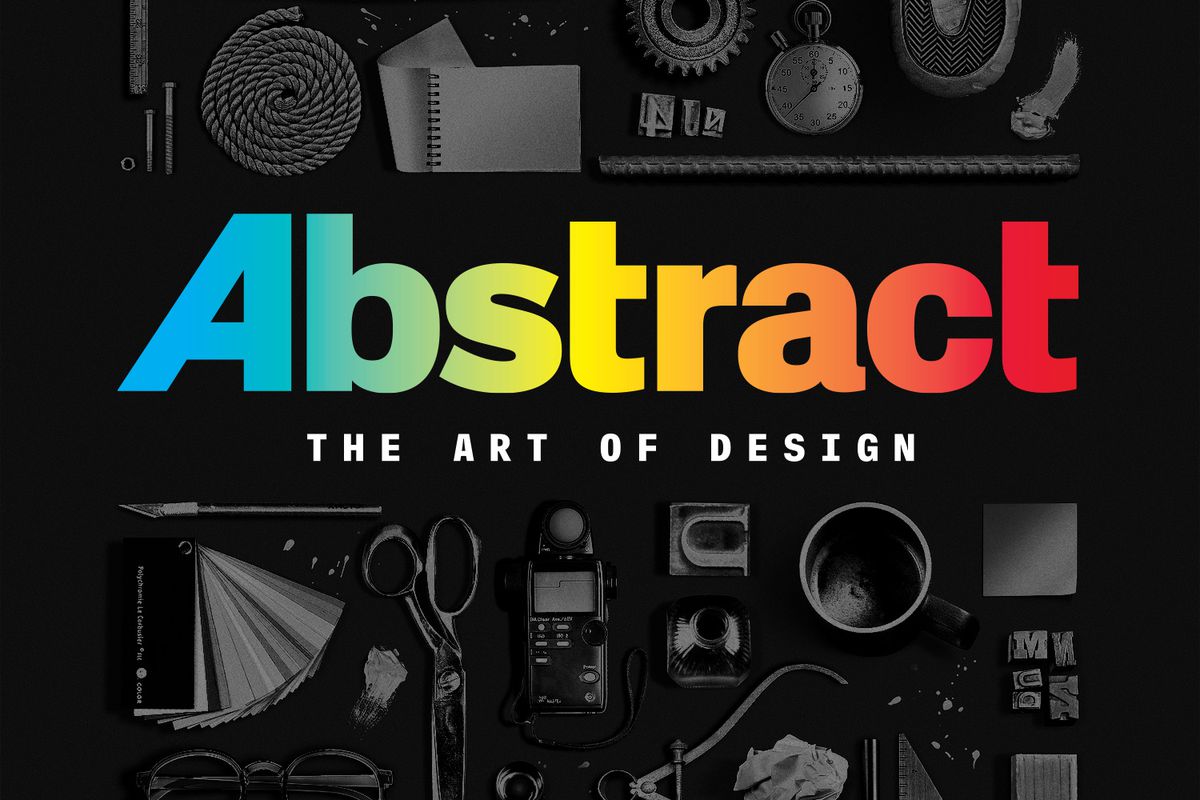 “Step inside the minds of the most innovative designers in a variety of disciplines and learn how design impacts every aspect of life.”

The whole documentary series allows you to look inside some creative geniuses minds. You will get to learn how disciplined they are for their work and from where do they extract their inspirations.

If you think of yourself even bit creative then you must watch this documentary series available on Netflix. It will definitely start the wheel of your creativity up and running. 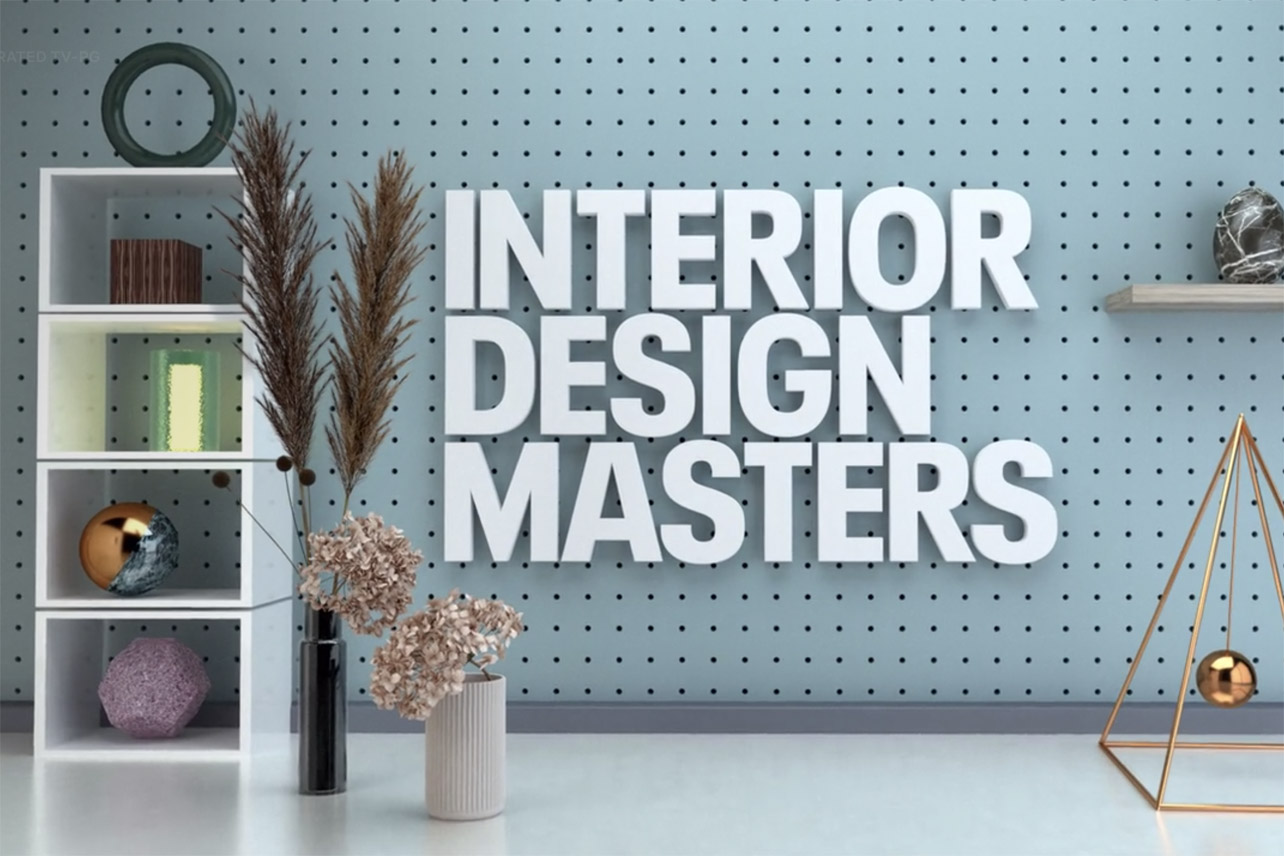 “Aspiring interior designers transform a variety of spaces from dowdy to delightful as they vie for a life-changing contract with a top London hotel.”

It doesn’t matter whether you are already an interior designer or trying to become one. This series on Netflix will not just blow your mind, but it will overwhelm you with the motivation too. Bunch of talented designers take up new challenge to become a masters of interior designing.

If you are feeling stuck and want motivation to get going then this is the series for you. It has drama, surprises, lessons, designing and teamwork. This could be a perfect example on how to start something and finish it too. 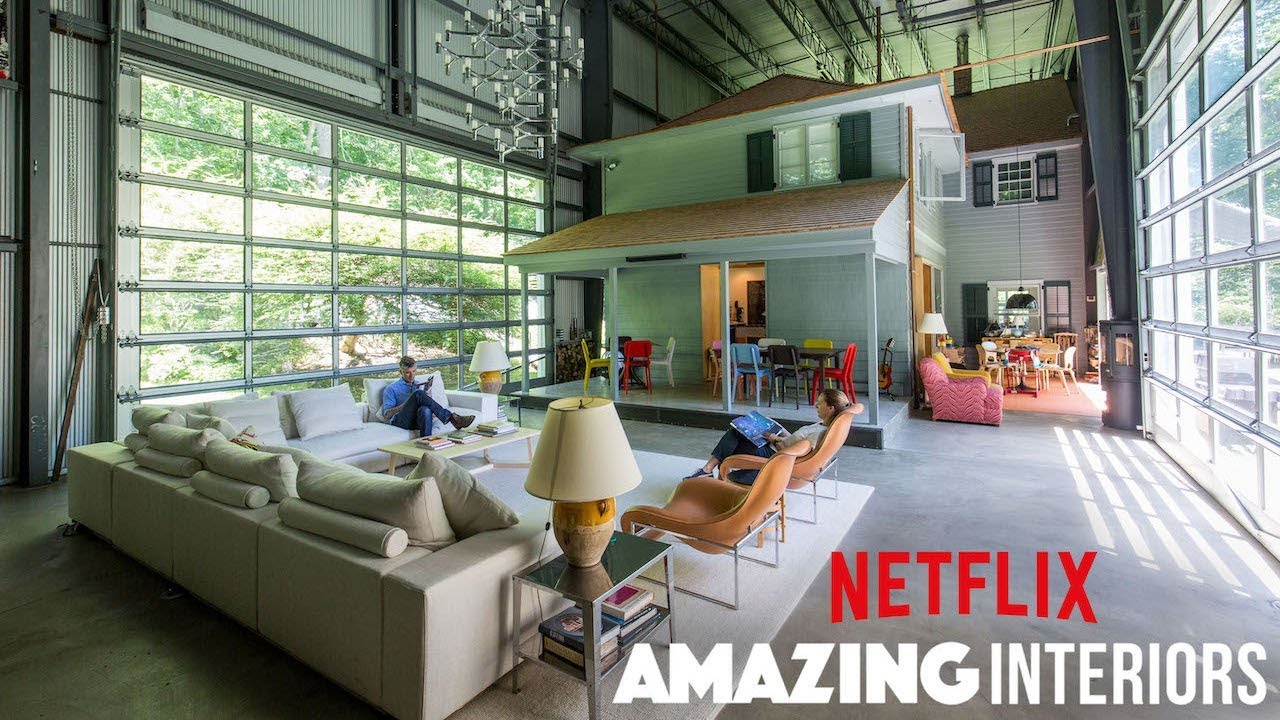 “Meet eccentric homeowners whose seemingly ordinary spaces are full of surprises, from a backyard roller coaster to an indoor aquarium.”

If you are into building and creating challenging, and dreamy stuff, then you will learn a lot from this series. Some crazy interior designers and their crazy unbelievable ideas will definitely blow your mind away.

You will see some unbelievable and unthinkable stuff in this series. This series on Netflix released in 2018 with one season, and 12 episodes will definitely get your adrenaline pumping.

What do I say? After finishing this series I just wanted to travel and visit the places that has been given a new makeover which just insist you stay there as long as possible. They blow your mind away.

In this entire series on Netflix is not just about the designs and comfort, but it is about the details. What are the details that we need to look into when we take up any project specially Hospitality project. I learnt a lot from this show.

5) The World’s Most Extraordinary Homes

This is just beyond one’s imagination. It is thrilling, eye opening and so much more than what it is. The people who have built these places have no reason to build them. It is their dream, a story and some kind of calling that made them build this places all around.

This series isn’t just for interior designers or creative people only. It is for all of the humanity to see and learn why one build a home.

It was truly worth the time I have spent watching this series on Netflix which has 3 seasons and  episodes each. Totally recommend it. 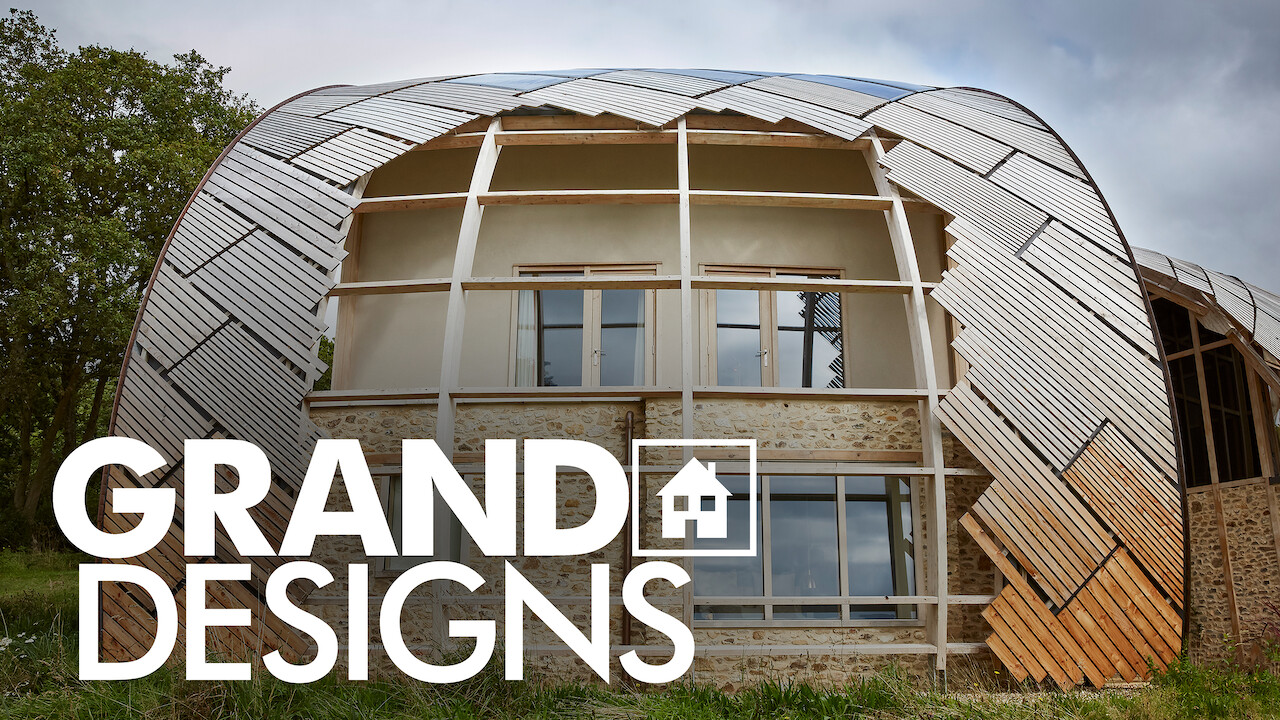 “Host Kevin McCloud presents people who take self-building houses to a new level, following every step of their ambitious plans from beginning to end.”

It might have taken them years of labour, difficulties and challenges to get there, but you just have to spend 48 minutes, and you just get there. With little drama you get to see something magical and indeed grand.

If you are someone who loves seeing the process of something grand unfold before your eyes then this is the series for you. Released in 2017 on Netflix with 2 seasons is the series that will take you to a journey of how this grand and magical places are build.

7) Tidying Up With Marie Kondo 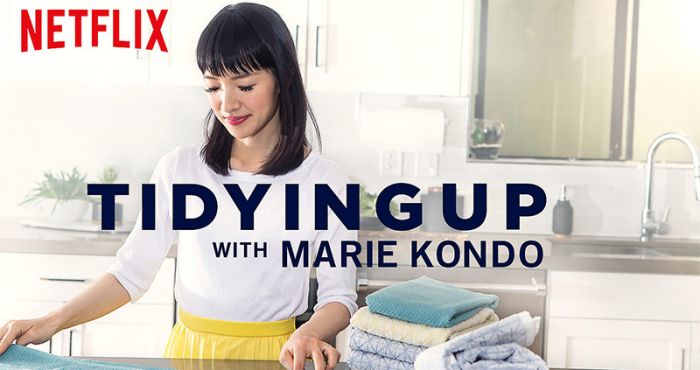 Creative people are often messy. Do you agree? Because, I don’t. If organization skill were supposed to get a nobel prize then this would definitely be her. She is so amazing in what she does. It is incredible to see someone comes out with solutions that makes people life so much easier. 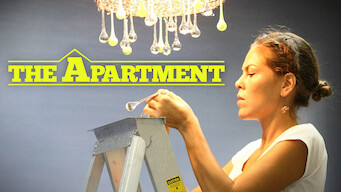 “With their eyes on the grand prize, amateur designers push their creative limits in this reality competition show hosted by design icon Jamie Durie.”

You can literally expect everything out of this reality show. Tantrums, bullying,  banters, sexism and all the other kinds of ism. This series is the perfect example of the chaos that takes place when too many creative minds try to compete with one another. It gets UGLY!

If you want some fun, some spice and some design you may choose to watch this show. But if you plan to skip this one it wouldn’t hurt you either. It is completely up to your choice and availability of time. 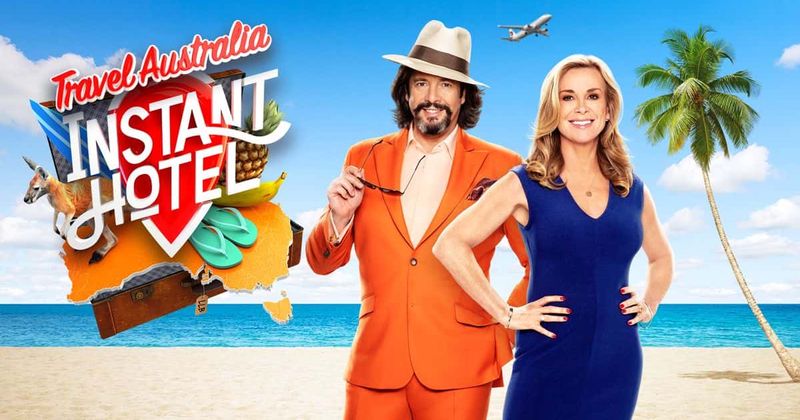 “Teams of Australian homeowners compete for the title of best Instant Hotel by staying overnight in each other’s rentals and rating their experience.”

This seems fair and very informative too. We are often scared of criticisms, but in this series on Netflix you will get it enough. Criticism filled with ego of one another make you a little addictive tithis show. Its a raw and very unscripted show.

You will definitely see some clashes between the couples and disagreement too. It is a fun show to watch and learn too. 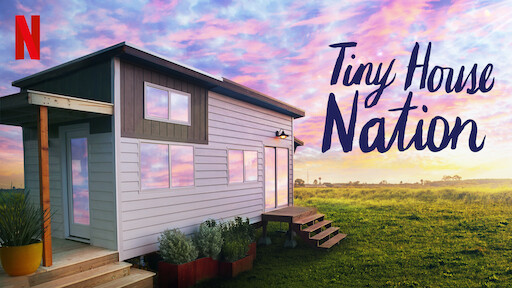 If you need some solid inspiration for your next project where you have to fit everything in the house that offers a very less space then this is the series you must look for. “People dedicated to rejecting the American ideal that things bring happiness are interviewed in this documentary showing the virtues of less is more.”

Today people may perceive ‘MINIMALISM‘ as an impossible thing to attain. But the fact is when you call a person or his lifestyle minimalist, what it describe is that they lead a very simple life. Minimalism is about living with less.

The documentary presents minimalism as a simple lifestyle that can be or should be lived by everyone. Millburn and Nicodemus do a good job explaining why that is.

Related Article : MINIMALISM – A New Lifestyle That Is Beyond Just A Design Trend. 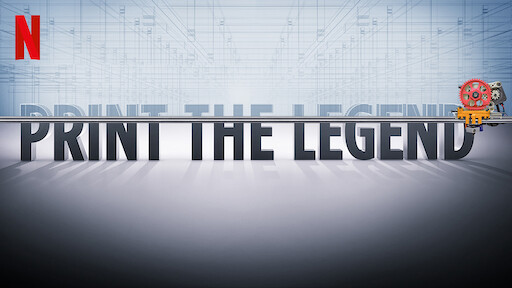 “This award-winning, original documentary chronicles the race for market leadership in 3D printing, the next wave of technological evolution.”

If you are a tech freak or love how the technology industry has been revolutionised in past years then this documentary is for you. Get your popcorn tub ready and sit tight. You will definitely see the comparisons with Steve jobs and apple/microsoft battle but they are all done very subtly.

This documentary is more inclined towards the tech and business aspect of 3D printer, and not the science aspect of it. But if you love techs even for fun then I’d recommend this for you.

13) Have You Seen The Listers 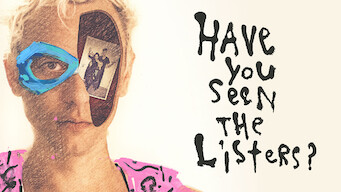 “This documentary paints a candid picture of Australian street artist Anthony Lister as he navigates his burgeoning career and personal hardships.”

This documentary takes the viewer on a ride with an Australian artist who started out very unassuming, to becoming well known in “art circles,” having major peaks (and perks) in his life (wife, children), to nearly losing his sh17.

If you are an art lover and want the glimpse of how an artist lives his life this one’s for you. I am not very fond of such movies but again it won’t hurt to watch it and you may learn something from his mistakes. “Engineer Dick Strawbridge and craftsman Will Hardie tour eight unique cabins built for a pop-up hotel in Wales, and construct No. 9 on their own.”

I know almost all of us likes to go on a vacation. It’s the destination that differs from each other. But if you can go to vacation through the help television then I am pretty sure this is it.

Fortunately logic and taste persist with this particular series, so the cabin that did win was truly the better one and the build by far the most deserving, so it was a rewarding experience to watch until the end.

“Talented designers from around the world compete for $250,000 and the chance to become the next big thing in fashion.”

I am watching this series right now so reviews will be coming soon. Stay tuned for the update or you can stay in touch with us through mails.

Business Truth About Creative Business That No One Shares.

Decor Is A Way To Feel Happier Inside Your Space.

We Really Want You To Want Us!